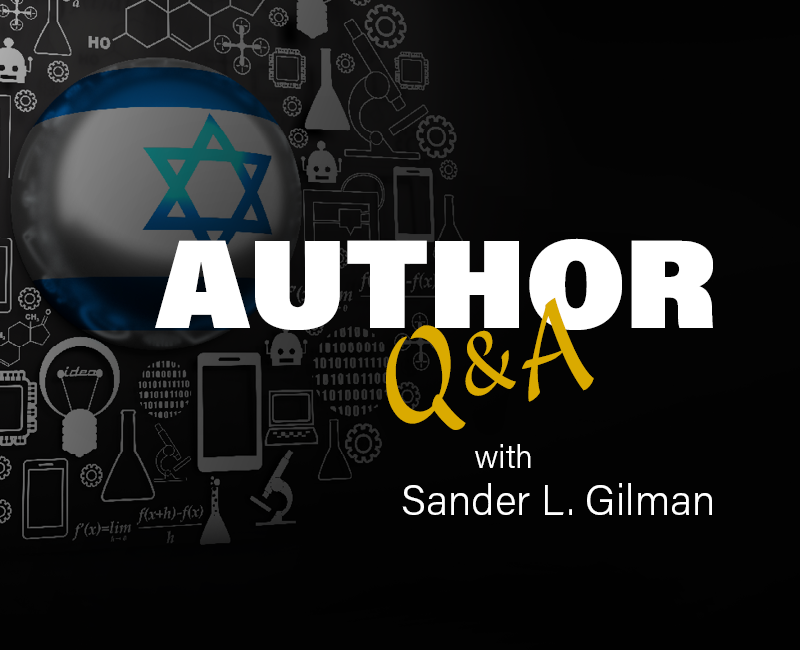 Purdue University Press spoke with editor Sandor Gilman about the book, Jews and Science, the newest entry in our series Jewish Role In American Life: An Annual Review. Many titles in this series, including Jews and Science, are available Open Access as part of our ongoing mission to make information easily accessible.

Jews and Science is an edited volume examining the complex relationship between Jews (however defined) and Science (likewise complex). It examines the complicated relationship between Jewish identities and the evolving meanings of science throughout the history of Western academic culture. Jews have been not only the agents for study of things Jewish, but also the subject of examination by “scientists” across a range of disciplines, from biology and bioethics to anthropology and genetics. Even the most recent iteration of Jewish studies as an academic discipline—Israel studies— stresses the global cultural, economic, and social impact of Israeli science and medicine.

Q: What is the goal of your book?

To problematize the idea that there is a ‘natural’ relationship or antagonism between Jews and Science and to examine the role of this relationship with the rise of Jewish studies, throughout its evolution from interdisciplinary to transdisciplinary, and now finally as a discipline itself with its own degrees and departments in universities across the world. This book gathers contributions by scholars from various disciplines to discuss the complexity in defining “science” across multiple fields within Jewish studies. The scholars examine the role of the self-defined “Jewish” scholar, discerning if their identification with the object of study (whether that study be economics, criminology, medicine, or another field entirely) changes their perception or status as scientists. They interrogate whether the myriad ways to study Jews and their relationship to science—including the role of Jews in science and scientific training, the science of the Jews (however defined), and Jews as objects of scientific study—alter our understanding of science itself. The contributors of Jews and Science take on the challenge to confront these central problems.

The question of masculinity and science; the role of professionalization and institutional anti-Semitism, the complex relationship between the idea of modern Zionism and science, the problematic question of a Jewish genetics.

How the question begins to take on new dimensions when the objects themselves shift over time.  Thus, early Zionism’s relationship to science seems much more clear cut than the complexity of laboratory science in modern Israel.

Q: Can you tell us a little bit about what you think the relationship between science and culture is and what the ramifications of those intersections are and might be?

It is not merely that science is in the eye of the beholder or that it is a process not a goal (two commonplaces of our day) but that science is used and uses multiple cultural categories both in how it is defined, who can or does practice it, and what the overall symbolic meaning comes to be ascribed to this intersection between Jews and science.

Whether antiquarian in its examination of Jewish beliefs and practices, whether biological (in ‘Race Science’ and then again in modern genetics), whether sociological or anthropological in its examination of Jewish particularism (from the Nobel Prize to modern definitions of genocide or civil rights to the study of Judaizing communities), whether disciplinary within Jewish Studies (as in Jewish attitudes towards bioethics), the Jews have been the subject of examination by ‘scientists’ from a wide range of disciplines as well as the agents for study of things Jewish.  Studying ‘Jews” or “Jews” studying seems to be a longer standing concern of modern self-defined ‘scientific’ disciplines.  Indeed, even the most recent iteration of Jewish Studies as an academic discipline, ‘Israel Studies’, stresses the global cultural, economic, and social impact of Israeli science and medicine.

You can get 30% off Jews and Science and any other Purdue University Press book by ordering from our website and using the code PURDUE30 at checkout.