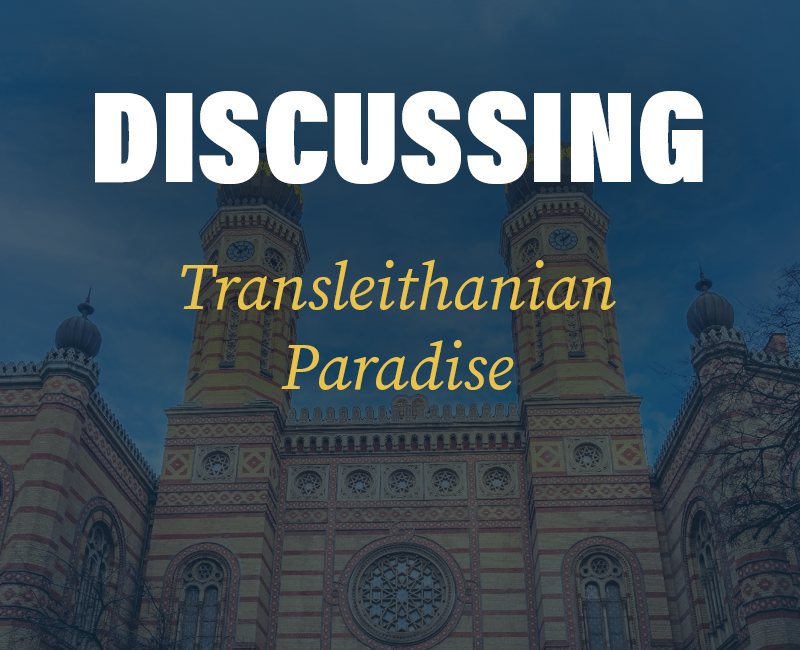 Purdue University Press talked to Howard Lupovitch about their new book, Transleithanian Paradise: A History of the Budapest Jewish Community, 1738-1938.

The book explores how, in the space of two centuries, the Jews of Budapest was transformed from three small, marginal Jewish communities on the fringe of Europe and the Ashkenazic world into one of the largest, most vibrant, and most diverse Jewish communities in the world by 1914; and how Budapest Jewry coped with the challenges of rising Anti-Semitism in an increasingly right-wing Hungarian state.

I have always been fascinated by the distinctly modern character of urban Jewish life, and the emergence during the nineteenth century of more than a dozen Jewish communities with 100,000+ when earlier a large Jewish community meant 10,000. I am equally by the fact that, Jewish assimilation in Budapest was facilitated by the openness and anonymity of urban society, the concentration of so many Jews in a relatively compact space invigorated Jewish communal life with a large constituency for all facets of Jewish life.  In plain terms: Budapest was simultaneously beneficial and detrimental to Jewish identity and community.

That the changes allowing Jews to settle in Pest were not primarily political and legal changes — e.g removing legal restrictions on residence — but the expansion of the city itself and a new image of the city after the flooding of the city in 1838 as inclusive, expansive, diverse, and fluid.

You can get 30% off Transleithanian Paradise and any other Purdue University Press book by ordering from our website and using the code PURDUE30 at checkout.