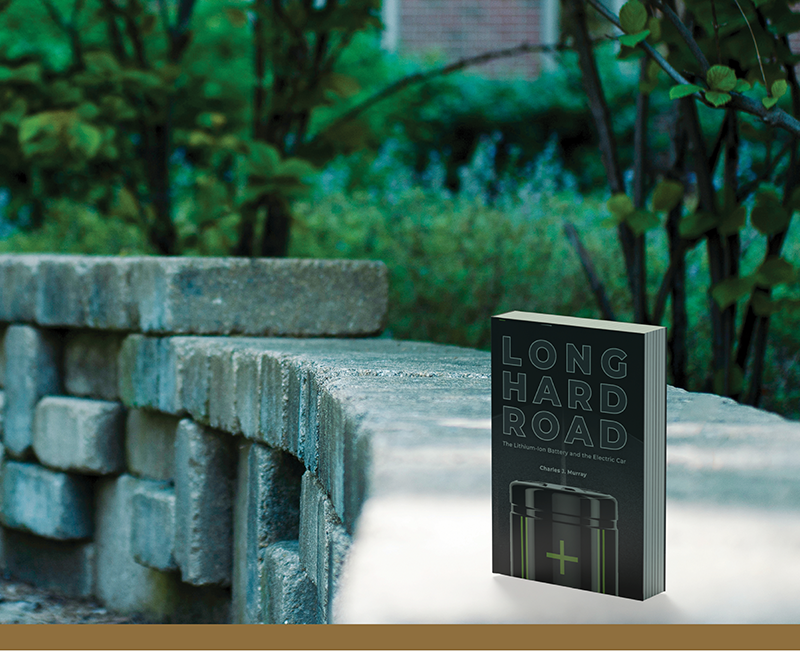 The first half of the book takes the reader through the piece-by-piece invention of the lithium-ion battery. Lithium-ion had many inventors around the world, but mostly in the US, UK, France, and Japan. The inventors in those countries are profiled, and the book details their contributions between 1972 and 1991. The second half of the book is about the electric car, and the auto industry’s adoption of lithium-ion. It describes all the different chemistries that automotive engineers tried before they settled on lithium-ion. The consistent thread to this story is the battery. There is no single main character in this book; the lithium-ion battery is really the star.

The biggest thing is the contribution by Japanese companies. If not for two companies, Asahi Chemical and Sony Corporation, we might not have a lithium-ion battery today. During the 1970s and ‘80s, critical concepts were invented and patented in the US and UK. And then they were ignored. Scientists in the UK were shocked when Sony came along and wanted to license a British patent for lithium-ion that had been gathering dust for eight years. The Japanese companies used that patented technology, then added their own inventions, and created a commercial product. This turns out to have been a critical moment in technological history.

The other unknown story was the creation of the first pre-production battery in Boston. It turns out that Asahi Chemical had a working prototype battery in its lab, but its scientists didn’t know how to build a commercial cell, like the kind you might buy at a grocery store. And they didn’t want to ask for help in Japan because they feared their idea would be stolen. So in 1986 they flew out to Boston with three jars of slurry and asked a company there to turn their slurry into 200 working cells. The whole affair was so secret that even some of the scientists who worked on it in Boston were unaware that they had participated in the creation of the first lithium-ion production batteries. The owner of the company in Boston never divulged the secret until recently, and the story hasn’t been told until now.

I never knew that Thomas Edison and Henry Ford partnered on an electric car in 1913. Ford seldom gets credit for his efforts in this area. It’s often assumed that he disliked electric cars. But he wanted to build and sell electric cars; he even planned to have his son, Edsel Ford, serve as head of manufacturing. But the partnership flopped when Edison’s nickel-iron battery performed poorly in Michigan’s cold winter climate.

The other thing that surprised me was the role of a company called AC Propulsion in the development of Tesla’s first electric car, the Roadster. AC Propulsion created the powertrain that served as the model for the Roadster, which came out in 2009. The Roadster’s powertrain was very similar to AC Propulsion’s, but was redesigned so it could be manufactured in large volumes. Obviously, Tesla deserves enormous credit for what it did. But the initial spark of genius really came from AC Propulsion.

You can get 30% off Long Hard Road: The Lithium-Ion Battery and the Electric Car and any other Purdue University Press book by ordering from our website and using the code PURDUE30 at checkout.